Mr. Fohrman practices in the areas of real estate, business and international transactions. Mr. Fohrman has represented many major US and foreign corporations on real estate and business transactions throughout the US, Europe and Asia.

Mr. Fohrman was a partner in two of the world’s largest law firms; Jones Day where he was the chair of the general real estate section on a world-wide basis. In 1992 he became a partner in White & Case. During his years with those firms Mr. Fohrman was a resident partner in Los Angeles, London, Hanoi and Tokyo. In Japan, Mr. Fohrman was licensed to practice law as a foreign lawyer (gaikokuho jimu bengoshi). Mr. Fohrman returned to his home in Sonoma County in 2003 and subsequently joined Perry Johnson. Mr. Fohrman is active in representing a number of companies and individuals in the wine industry in Napa and Sonoma Counties and several public corporations on transactions in California, other states and internationally.

Mr. Fohrman has practiced law since 1964 and during his practice he has represented major publicly held corporations , professional organizations and government entities on a wide variety of transactions. Many transactions involved large scale real estate developments, business transactions and financings in the US and foreign countries. 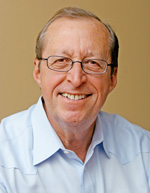