Ms. Mattiske Nicholls has over ten years of diverse litigation experience, including as a judicial law clerk, as an in-house attorney for a branch of the nation's central bank, and in private practice.

Kristin Mattiske-Nicholls began her legal career in New York as a Court Attorney and Senior Court Attorney for the New York Court of Appeals (2003-2005). She subsequently clerked for the Honorable Kiyo A. Matsumoto U.S. Magistrate Judge (now U.S. District Judge) in the U.S. District Court for the Eastern District of New York in Brooklyn, New York (2005-2006). From 2006-2011, she was an attorney in the Enforcement and Litigation Legal Group of the Federal Reserve Bank of New York (“NY Fed”), where she investigated and prosecuted administrative actions against individual bankers under Section 8 of the Federal Deposit Insurance Act. She also assisted with the initiation and implementation of informal and formal enforcement actions against supervised banks. While at the NY Fed, she participated in responding to the numerous government investigations and inquiries into the extraordinary actions taken by the NY Fed during the 2008/2009 financial crisis.

Ms. Mattiske Nicholls relocated to California in 2011, and was admitted to the California Bar in 2012. In San Francisco she joined the law firm Berman DeValerio, where, as part of a team, she represented Aetna Life Insurance Company against a group of ambulatory surgery centers in the South Bay. After three years of complex litigation, Aetna received a judgement of $37.4 million. In 2015, she joined the American Mortgage Law Group in Novato, California, where she defended mortgage companies in mortgage repurchase litigation initiated by FDIC and others. While at AMLG, she successfully litigated and mediated to settlement several cases adverse to FDIC as Receiver for AmTrust Bank; successfully mediated and litigated on behalf of clients adverse to Lehman Brothers Holdings, Inc., as part of the LBHI bankruptcy proceeding pending in the Bankruptcy Court for the Southern District of New York; and litigated on behalf of CMG Mortgage in a dispute regarding a mortgage origination software licensing agreement and the implementation of loan origination software.

Ms. Mattiske Nicholls has taught legal research and writing as an Adjunct Professor for Hastings College of Law, San Francisco, California and taught Introduction to U.S. Law and Methodologies at the New York University School for Continuing and Professional Studies, in New York, New York.

Ms. Mattiske Nicholls received her Juris Doctor from Brooklyn Law School, Brooklyn, New York in 2003, where she was Managing Editor of the Brooklyn Journal of International Law. 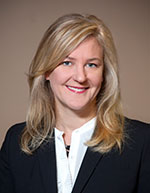