Mr. Anderson has secured millions of dollars in settlements and verdicts, including:

Mr. Anderson graduated from the University of California, Berkeley in 1969 with undergraduate honors. He obtained his Juris Doctorate from the University of California, Hastings College of the Law in 1972 with Moot Court Honor for the Best Written Brief. He is admitted to practice in all the Courts of California and the Ninth Circuit U.S. District Court, Northern District of California. He is an associate of the American Board of Trial Advocates and the Sonoma County Bar Association. He is a past President of the Redwood Empire Trial Lawyers Association, Association of Defense Counsel and Defense Research Institute. 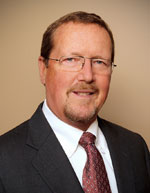