Mr. Pardo practices in the area of Civil Litigation, with experience extending into elder care, negligence, wrongful death, and premises and government liability claims.  Mr. Pardo is admitted to practice law in all courts in the State of California and United States District Courts – Northern California.

Mr. Pardo has practiced with Perry, Johnson, Anderson, Miller & Moskowitz since 2008. He has handled over a hundred complex litigation matters during this time. Mr. Pardo has been responsible for all aspects of the litigation from initial investigation up to mediation or trial. Mr. Pardo has served as co-counsel for numerous jury trials. In 2015, 2016, and 2017 Mr. Pardo was selected to the Northern California Super Lawyers Rising Stars List. Prior to joining the firm, he was an associate and law clerk with the firm of Brayton Purcell, LLP, and worked in its asbestos litigation group (2005-2008). During law school he clerked for the Disability Rights Legal Center (2003) and the law firm of Moreno, Becerra & Casillas, P.C. (2004-2005).

Mr. Pardo received his Bachelor of Arts degree in 2002 from the University of California, Berkeley, while majoring in Political Science and Public Policy. During his time at U.C. Berkeley, he was also an active member of the Associated Students – Student Legal Clinic, which provides legal resources and orientation to the student population on landlord-tenant, immigration, and small claims issues.

Mr. Pardo went on to attend the University of California, Los Angeles (UCLA) School of Law where he received his Juris Doctorate degree in 2005. During his time in law school Mr. Pardo served as Co-Chair of La Raza Law Students Association, Associate Editor of the Chicano/Latino Law Review, Founding Committee Board-member of the National Latino Law Students Association (NLLSC), and was a UCLA Law Fellow.

Mr. Pardo is an active member of, or has served in, the following professional organizations:

Mr. Pardo has served in, or been recognized by, various non-profit organizations including:

Mr. Pardo lives in Santa Rosa with his lovely wife and their three teenagers. 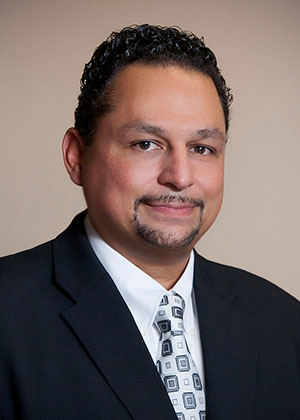 Call Oscar A. Pardo Email Oscar A. Pardo Vcard Oscar A. Pardo Oscar A. Pardo Profile Page
Mr. Pardo practices in the area of Civil Litigation with an emphasis on Long Term Care/Healthcare/Elder Abuse and premise liability defense. On the healthcare side he provides legal counsel to skilled nursing facilities, licensed nurses, nurse’s aides, and other healthcare providers.
Learn More